It's Saturday evening in Burundi. The crickets are chirping and a full moon is poking its face out from between the clouds. It is a beautiful evening, which is fitting after a beautiful day. Today we went for a youth service in the parish of Mubanga, where about 50 young people were officially inducted into the Boys' and Girls' Brigade. The winding dirt road was not as difficult as yesterday's road to Bigombo, but it did take us through some beautiful countryside. 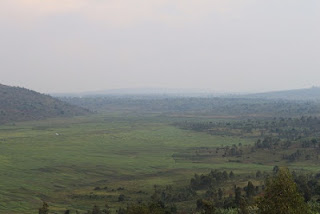 Arriving at Mubanga we were again greeted by a crowd of people who had been waiting for us to arrive. 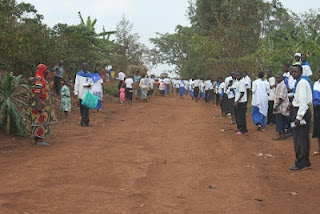 We were led into a school room to change into our vestments and then processed into a full church for the service. There must have been a hundred or more young children, many of whom sang in a choir, and an equal number of older youth. The small children kept moving slowly closer through the service, like the tide coming in. And the windows and doorways were filled with curious people outside, who were trying to see what was going on. 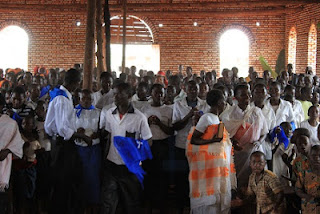 Archdeacon Samuel welcomed us to the parish, and Bishop Sixbert said a few words about our diocesan partnership and about his visits to Edmonton, and then introduced us. Bishop Jane, Tim and I were all asked to say a few words. The children laughed when I tried to explain ice skating to them. 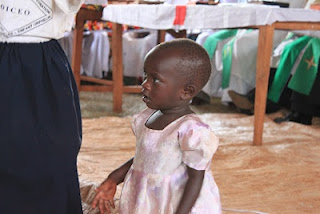 As has become the usual routine, we were treated to songs by several choirs, readings from scripture and a sermon by Bishop Sixbert that encouraged the young people in their faith. 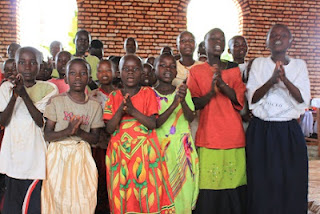 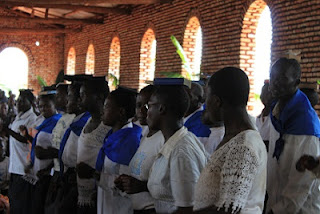 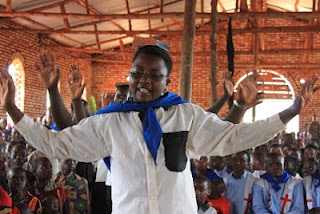 Then it was time to induct the young people into the Boys' and Girls' Brigade. A few clergy helped them tie on the blue scarves that are the symbol of membership, and then Bishop Sixbert said a prayer of blessing. 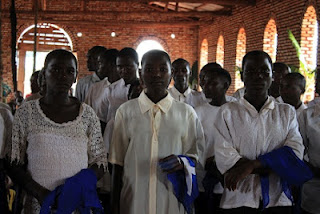 It was amazing to see both how serious the group was about this meaningful step, and the joy that they expressed at being officially inducted. 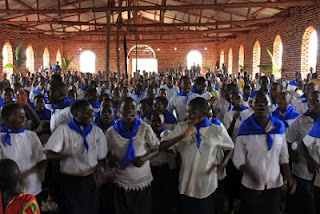 Next it was time for communion. Bishop Jane and I were given the opportunity to distribute communion to the faithful. It is always a blessing to see the eagerness in people's eyes as they come forward to receive the sacrament. 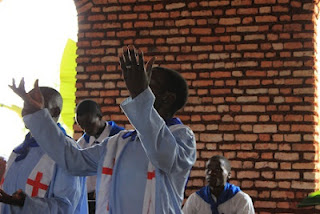 The service was about to end, but the weather had other ideas as the heavens opened with rain. No matter; a youth choir came to sing while we waited for it to stop raining. Finally, we emerged from the church and returned to the school room where we changed and enjoyed a delicious lunch of chicken, goat, bananas, peas, potatoes and rice. This time there was also a delicious peanut sauce as well as the usual tomato based sauce. 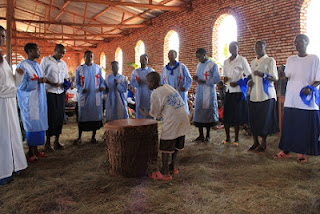 The Archdeacon explained to us that the church building was built just last year by the youth. 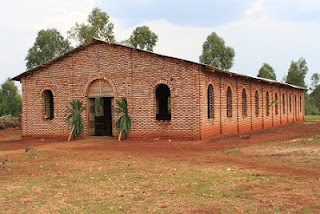 Here's the one they replaced. 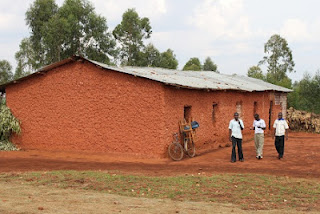 On the way home we stopped to see people making bricks. We were able to see all the stages at once. First, clay is pressed by hand into a mould to make the bricks. 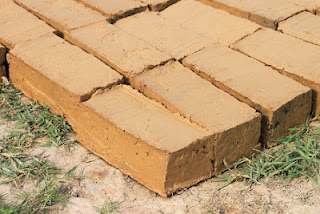 The clay bricks are turned out of the mould and allowed to dry. 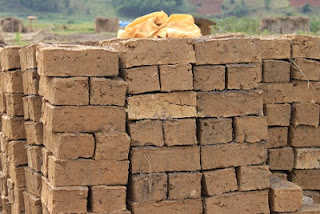 Once the bricks have dried enough they are stacked, covered in mud, and then fires are built at strategic intervals in tunnels in the piles of bricks. 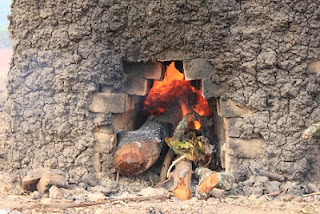 The fires are kept burning for four or five days. 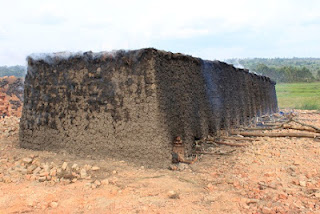 Once the bricks are ready, they need to cool. 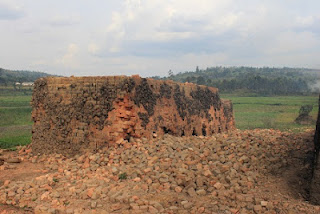 Finally the finished bricks are ready for transport to a building project. 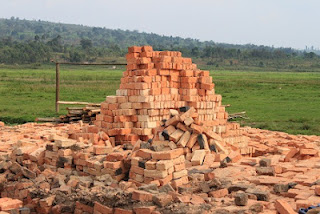 Here's how they are transported. 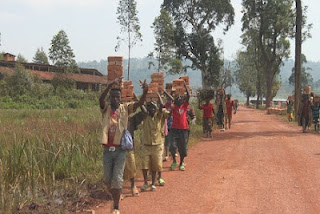 All in all, it was a wonderful day. 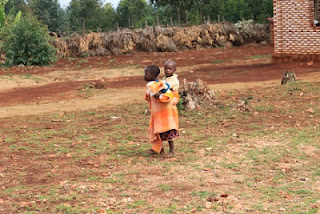 Alan T Perry
I am a priest in the Anglican Church of Canada.

I am also a Canon of Christ Church Cathedral, Montreal

Disclaimer: unless otherwise stated, nothing in this blog should be construed as representing the position or opinion of anyone else but myself.